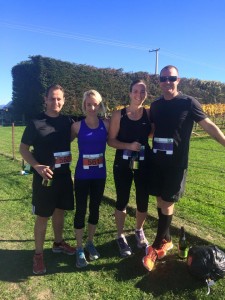 Wow! I’ve had such an amazing response to my first blog “Feel the Fear and Do It Anyway”, thank you all!
Some have even gone so far as to say my story is “inspirational”. That’s definitely not something I had considered before. I’m just an ordinary Kiwi. Well, maybe one who’s got a few more crazy stories to tell than I thought I would at 33, (I often joke I will write a book one day!), but generally speaking I am just an ordinary proud Kiwi, Wife, Mum, Sister, Daughter, Aunty and Friend.

But then maybe that’s just the point. So often we are inspired by every day people just going about their business. Yes there are those high profile people who’s public achievements have inspired many of us (think Nelson Mandela, Mother Theresa, Helen Keller and a little closer to home Edmund Hillary, Kate Shepherd and even Captain Fantastic Richie McCaw), but frequently it’s those much closer to us that inspire us to act. It’s the personal stories of people just like us, people who we can properly relate to, that help us take the step from thinking about improving our lives for the better to actually doing it. And far too often those people won’t even realise the impact their actions or words have had. Let me give you a couple of examples.

First, my Dad. A genuine hard-working Kiwi bloke, owner of his own hay/agriculture contracting business. He gave me a summer job driving the hay rake. Little did he know that that small act (OK maybe large leap of faith trusting me to navigate his gear over hilly paddocks and through tight gates!), is what has inspired my belief that girls can do anything. I remember having that thought front of mind as I nervously interviewed for a management position within one of NZ’s top 4 Banks, and the belief must have come through, as I got the job.

Second, a great friend of mine, Courtney. This lady juggles work and family life like a machine. She has two adorable young girls and works part time so is busy enough at the best of times, yet last year with the support of her husband Tim, she managed to train for and complete not one but TWO full marathons. I recall going to watch her complete a half marathon in Kaikoura in 2014 and thinking she was completely mad (I wasn’t a runner), but seeing her cross that finish line with her two very proud daughters to greet her gave me goosebumps (and a few tears) and soon inspired me to start running myself. Three half marathons and plenty of other ‘fun-run’s later, the two of are still running together, gossiping as we go, and living healthier lives for it.

So, what’s the point of this blog? It’s to ask you to think about who has inspired you? Have you connected with them lately? Will you? And it’s to remind you that however insignificant you think your story or your actions may be, YOU have the power to inspire. Whether it’s your kids, your spouse, your friends, or the stranger you help at the supermarket, your words, actions, and reactions will influence others. Be the positive inspiration, because as I have learned this week “to be inspired is great, to inspire is incredible”. 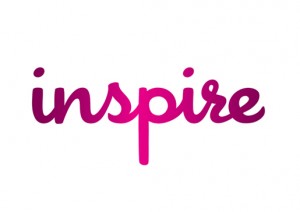 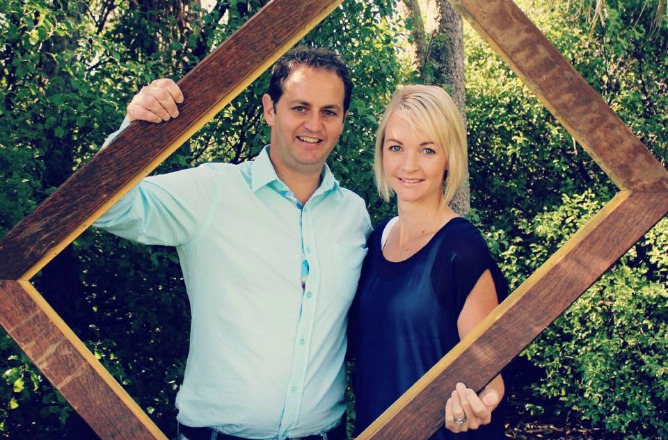 With two babies under 15 months and a new house under construction, I decided it was the perfect time for me to launch my own business. Why not? Life was busy, sleep was minimal and our ‘routine’ was more about survival than structure, but you only live once, right? A few clicks of the mouse later I had a Facebook page and Bona Fide Consulting was alive.

Now don’t get me wrong, I had always dreamed of setting up my own business, it wasn’t literally a spur of the moment thought, but I had never had the courage to do it. Maybe it was the fear of failure, the worry about all the things that could go wrong, the financial implications of giving up work to chase a dream. But at that moment, sitting feeding my youngest son with my oldest snuggled in beside me, I came across a quote. You know, one of those ones that really strikes a chord with you, that truly makes you stop, look up from what you are doing, and really think.

That was it. I knew it was time to take the plunge. It was time to challenge myself. I had nothing to lose after all; we had already adapted to living on one income and my husband was 100% behind me.

At 10pm that night I received my first message from a potential client. A professional, wanting to know how I could help him take his business to the next level.

Ha! I literally pulled the covers up over my head and squealed, partly in excitement, partly in sheer terror as the self doubt crept in – what was I doing, how could I possibly help!

Isn’t that so typical of females though? We really are our own worst critics. A gentle nudge from my husband had me focusing on what I could do, and everything that could go right. Nail this, and I would be one step closer to living my own dream of doing something I love, and still having the flexibility to put my family first.

Eighteen months later and life is crazy fun; chasing two busy toddlers, meeting clients, attending networking events, juggling deadlines with play dates and of course squeezing in some ‘me’ time. OK, that part I am still working to perfect, but I can honestly say I have not looked back. I am privileged to be working with some incredibly talented individuals and innovative businesses and genuinely love what I do.

So what was that thought provoking quote that kicked me into action that day? It was a simple question, and I put it to you now: “What would you do if you knew you could not fail?”

Be true to you, surround yourself with supportive people, and GO FOR IT!